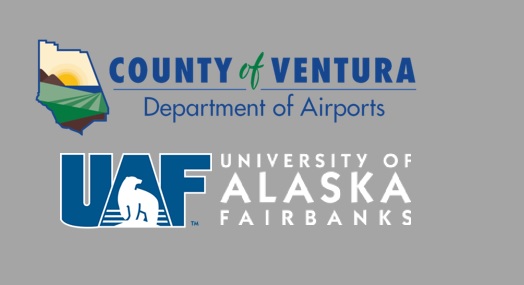 Historically, the County’s airports’ clientele has been aircraft hangar developers, pilots, flight schools and providers of aviation-related services. In recent years however, a new market for airport use has emerged. Airports are now sought after for use as test sites for emerging aeronautical and aeronautical related technologies. This demand is being driven by a variety of factors. One is the ever-increasing interest with the aviation community of using UAS (unmanned aircraft systems or drones) for public safety, transportation, and other commercial purposes. Another is the interest on the part of the Federal Aviation Administration (FAA) in promoting research in technological advancement in the interest of policy formation and improved safety.

To capitalize on this market trend, the Department of Airports has established a partnership with the University of Alaska Fairbanks’s Alaska Center for Unmanned Aircraft Systems Integration (ACUASI), which is also known as the Pan-Pacific UAS Test Range Complex, and actively market the County’s airports as test sites for companies engaged in developing new aviation and aviation related technologies. In doing so, the County could benefit from (i) increased rent revenues, (ii) the ability to be an early adopter of technologies that improve airport operations, safety and noise reduction, and (iii) establishing a more diverse tenant population, diminishing the impact of economic downturns. Other benefits include the potential for new capital investment and additional jobs in Ventura County.

Any new technology-related testing operations conducted at these facilities would be mandated to comply with existing FAA operating rules and regulations. As a result, the safety risks would be the same as those that currently exist. It is important to note that adding different types of flight operations at the Airports would likely result in fewer standard training operations, such as fewer touch and go operations that have caused noise complaints, due to the added activity at the airport.

Click here to view the Master Agreement between the University of Alaska, Fairbanks and the County of Ventura.