The Oxnard Airport was opened in 1934 by the County of Ventura and consisted of a 3,500 foot dirt runway. The first fixed base operator on the field was Joe Plosser. He owned only two aircraft, but had no housing for them. During the thirties Howard Hughes erected a tent on the airport to shelter his H-1 racer, which he tested from the Oxnard Airport.

The County of Ventura paved the runway in 1938 and a large hangar (now known as Hangar #2) was built by the Works Progress Administration. In 1939 James “Elmo: McLean opened the Oxnard Flying School with two aircraft, a 40hp J-3 Cub and a Kinner two-seater. The U.S. Army Air Corp moved its civilian training program onto the airport in 1940 to establish a primary training base called Mira Loma Flight Academy. Housing was built across the street for the cadets and instructors.

In December 1941 war was declared, as a result all civilian flying was curtailed within 200 miles of the coastline. As a result, the Oxnard Flying School, moved to Boulder City, Nevada. The Army Air Corp operated the airport until 1944 when it was reassigned to the Navy until the Naval Air Station at Point Mugu could be completed. The Navy moved to NAS Point Mugu in 1945 and the Oxnard Flying School returned to the airport. The County of Ventura officially regained control of the airport from the federal government in 1948 by receiving a final quitclaim deed. The State of California issued the airport an operating permit in 1949.

The first scheduled airline flights began in 1946 by Southwest Airlines and later Pacific Airlines, flying Douglas DC-3’s and Fokker F-27’s respectively. Pacific Airlines was replaced by Airwest Airlines in 1967, which was later purchased bu the Hughes Corporation, becoming Hughes Airwest. The current terminal building opened in 1971 and has been served by commuter airlines such as Cable, Golden West, Wings West, Mesa and other small air carriers.

The Federal Aviation Administration built and staffed the air traffic control tower in 1960 and in 1963 Oxnard’s single runway (7-25) was extended from 4,750 feet to its present length of 5,953 feet. Between 1974 and 1976 the runway was upgraded with an ILS and approach lighting. In July 1992 it was completely rebuilt and again in 2021 after 29 years in service.

In 2010, the County and the FAA partnered on a project to lengthen the landing distance at the airport from 4,610 feet to 5,953 feet where it is today. This enhancement enables the airport to accommodate modern regional jets rather than just turbo prop aircraft for airline service needs.

Today, Oxnard Airport is without air service as it is one of many small community airports that have needed to adapt to changes in airline business models and shortages in regional aircraft and pilots. The County continues to look closely for airlines that could be a good fit and provide convenient travel directly to popular destinations. Two rental car companies still operate out of the airport terminal.

The airport is still an important element of the national transportation system with multiple thriving aviation businesses and over 125 based aircraft. The Oxnard Airport has been Ventura County asset for over 80 years. 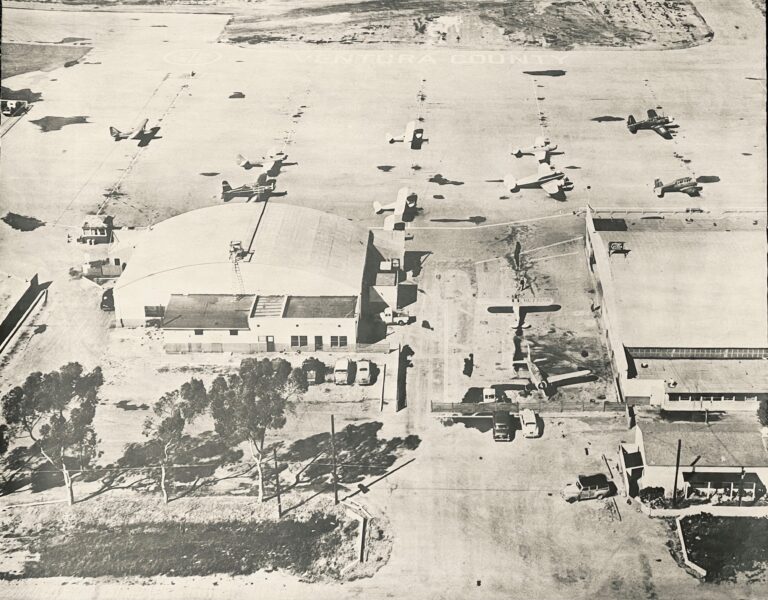