Department of Airports Committed to Transparency, Open Communication with Community 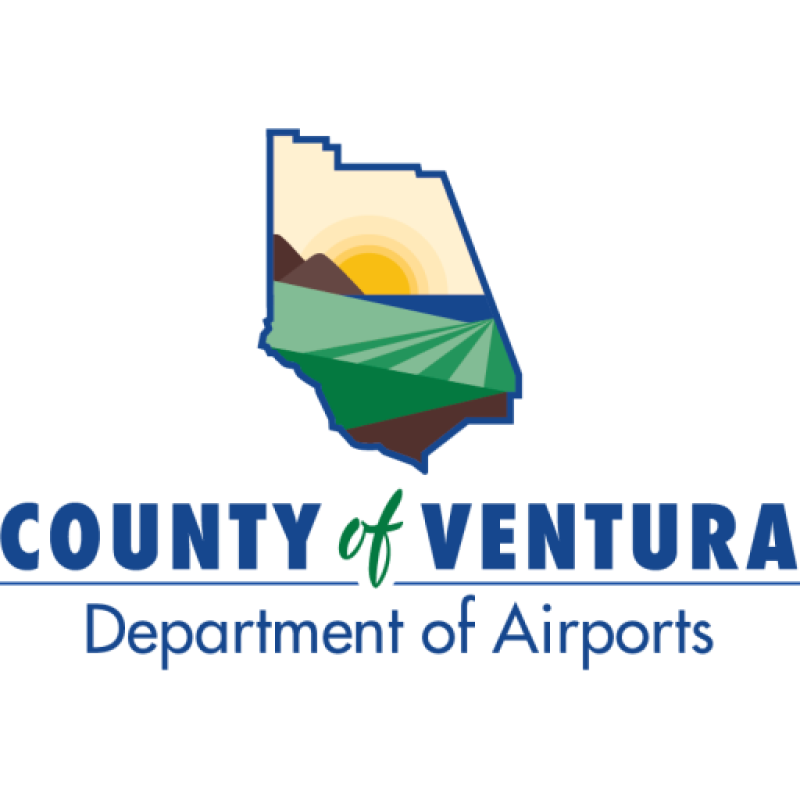 Many longtime residents of Ventura County remember Camarillo (CMA) and Oxnard (OXR) airports as local hubs for general aviation. For decades they’ve served as unique sources of energy for locals and out-of-towners alike who sought a quick flight to Vegas out of Oxnard, or lunch with a view at Camarillo’s Waypoint Café, or for those who simply wanted to fulfill their love of flying either aboard a plane or as an observer from the ground. CMA has also served as the hosting site for the annual Camarillo Air Show, drawing thousands of aviation enthusiasts of all ages from near and far to see everything from World War II era planes to incredible aerobatics.

For some, earlier memories include time spent at both airports when they served as bases for the United States Air Force during the Korean conflict, Cold War, and Vietnam War. Some of the young airmen stationed at Oxnard Air Force Base (now CMA) became professional pilots and remained connected to the airports in their retirement. It’s where love stories started as was the case for Camarillo residents Ted and Vicky Daniel, and it’s where wings were earned and proudly showcased in skies that boast some of the best coastal and mountain views any pilot or passenger can ask for.

In recent years, however, those fond memories of the airports have shifted (for some) to frustrations over noise, misunderstandings over expansion or rumored new tenants, and gaps in communication from the Ventura County Department of Airports that has understandably resulted in a lack of trust.

So how do we fix that?

It’s simple, really. And it starts with tackling the gaps in communication.

While there may be many reasons Camarillo residents have concerns with Ventura County’s management of Camarillo Airport, a major theme centers around plans for growth. Let’s start with some of the biggest elephants in the room:

Amazon or Prime Air: Amazon cargo flights are not coming to Camarillo Airport.

Cloud Nine: The four hangars under construction on the airport’s northeast side will provide individual aircraft owners with private storage for their aircraft. Several other hangars on the airport, some that are larger than Cloud Nine’s units or in shared arrangements, already provide this same capability. Cloud Nine’s business plan anticipates some tenants will be moving from other shared facilities elsewhere on the airport.

Commercial Activity: Scheduled airline service is not coming to Camarillo Airport.  The private jets noted above are not large, commercial airliners. CMA is simply not physically capable of accommodating scheduled passenger or large cargo service (due to weight limits of runway pavement)  and there are no plans to change that reality. CMA will continue to fulfil its role as a general aviation airport as it has for the past 46 years, a role that has always included the ability for people to access our region on chartered or corporately owned aircraft.

Previous Airport leadership launched a master plan in 2019 that failed in two key areas. First, the initial public meeting held virtually was poorly conceived. Rather than introducing a multi-year open conversation of the future opportunities for CMA featuring significant public involvement, attendees were shown images of airliners, provided summary facts about the airline industry, and given survey questions that would have left anyone thinking the airport was about to embark on massive expansion. Separately, former leadership directly challenged the validity of the 1976 Joint Powers Agreement between the County and the City of Camarillo that, among other things, does not allow commercial airline service and includes limitations on late night departures. Taken together, along with other rumors and fears swirling on social media, moving forward with the master plan would have only deepened the communication gap and mistrust with the Department of Airports.

The master plan was one of the first items current Department of Airports director, Keith Freitas, eliminated when he came to Ventura County last year. It has since been replaced with an Airport Layout Plan (ALP) that does not change the current operating structure of Camarillo Airport, but instead serves as a 20-year framing of what operations out of CMA will look like and at the same time spells out what is required to sustain this critical infrastructure for future generations. The ALP process will launch in 2023 and will include several community-based meetings. Be sure to check in with the Department of Airports for more details when they become available.

While some growth to a certain degree is inevitable for any industry, the focus of the ALP is on maintaining CMA’s current vitality and to ensure that it can successfully adapt to changes in aviation technology – changes that will improve noise (electric/battery operated aircraft) and will minimize the environmental impact of a plane. The more immediate future includes unleaded fuel options that are currently in the process of being distributed. And beyond that? Think of the “Jetsons” and vertical take offs and landings. Think electric air-based taxis from Ventura County to Burbank and LAX Airports. It’s all coming and will eliminate many of the current concerns, particularly those surrounding noise.

It’s no secret that noise-related issues have neighbors in both Oxnard and Camarillo struggling to find peace.  In Oxnard, the biggest issue is repeated takeoffs and landings to obtain or maintain proficiency within the airport’s traffic pattern, also known as touch-and-go operations.  From its founding nearly 90 years ago, Oxnard Airport has always been a training-focused airport, however more recent residential development and changing patterns like working from home has neighbors looking for relief. CMA’s air traffic is much more diverse, but it is the jet traffic that has neighbors frustrated.

The Department of Airports takes community concerns seriously and has armed itself with methods to better engage our neighborhoods to tackle these concerns, including the launch of Fly Friendly VC and upcoming FAA-sponsored Part 150 Noise Compatibility Studies for both Oxnard and Camarillo Airports.

Launched in September, Fly Friendly VC addresses the communication gap among pilots and instructors, neighborhoods, air traffic controllers, and our department. For pilots, updated pilot guides for both CMA and OXR were redesigned to communicate preferred traffic patterns with a focus on pilot awareness and avoidance of noise sensitive areas. The program has rolled out with an educational focus, which the Department of Airports is proactively leading. This includes meetings and trainings directly with flight schools all over the region to ensure the successful implementation of the program. The Department also keeps a posture of accountability and will initiate phone calls and letters to flight schools and pilots when a pattern of activity shows that a review of Fly Friendly VC is warranted.

Additionally, the Department of Airports has invested in a Vector Noise Management and Operations System (VNOMS), an online aircraft flight tracking and noise operations management system that provides staff with new tools aimed at improving the efficiency and efficacy of identifying flights of concern.

In 2023 the Department of Airports will launch Part 150 Noise Compatibility Studies for both Oxnard and Camarillo Airports that will coincide with Camarillo’s ALP process. Both studies will take nearly two years to complete and will include an in-depth process of investigating and studying current operations to determine existing impacts of noise and then identify any possible remedies. Once the noise exposure maps are accepted, the focus shifts to the analysis of alternatives that could offer relief. The studies, among other items, will include a comprehensive analysis of both jet traffic in Camarillo and helicopter flight paths/touch and go training in Oxnard. Be sure to check vcairports.org for more information and updates.

It’s hard to challenge the contributions the airports make to the community both economically and educationally. CMA and OXR are operated as one enterprise fund and are self-sufficient.  The airports generate approximately $9 million annually in revenues from the various businesses and tenants operating at the two airports. The airports consistently generate a budget surplus of more than $2 million and currently have a reserve totaling $19 million.   Additionally, as part of the national aviation transportation system, the airports also receive grant funding for most capital projects, which are funded by various national aviation user fees.  When you purchase an airline ticket or purchase aviation fuel, a percentage of that is put into the national aviation trust fund (user fee).

More impressive is that the airports are responsible for more than 2,000 jobs, nearly $135 million in local salaries, and are home to 75 businesses and counting, and $300 million in local economic impact.

Perhaps the greatest contribution, however, is that of the airports’ dedication to youth aviation discovery via Young Eagles and Experimental Aircraft Association programs at both OXR and CMA, not to mention a strong connection to several other organizations such as the Ventura County Ninety-Nines whose focus is on providing countless resources for female pilots through trainings and scholarships. Additionally, CMA is home to the Commemorative Air Force Museum and has a rich connection to local veterans stemming back to World War II.

Trust and communication: The Department of Airports is committed to establishing and maintaining both.

These efforts are already in place and will continue for the foreseeable future. CMA and OXR are vital components of the national public transportation system, but they are also vital to the community. That means that the priority of the Ventura County Department of Airports lies equally in the safety and well-being of pilots, airport-based businesses, and the surrounding communities as a whole. Our goal is that our neighbors achieve renewed pride in the history of the airports and confidence in what the future will bring. Visit us on social media or at vcairports.org to learn more and to sign-up for the e-mail communication list.